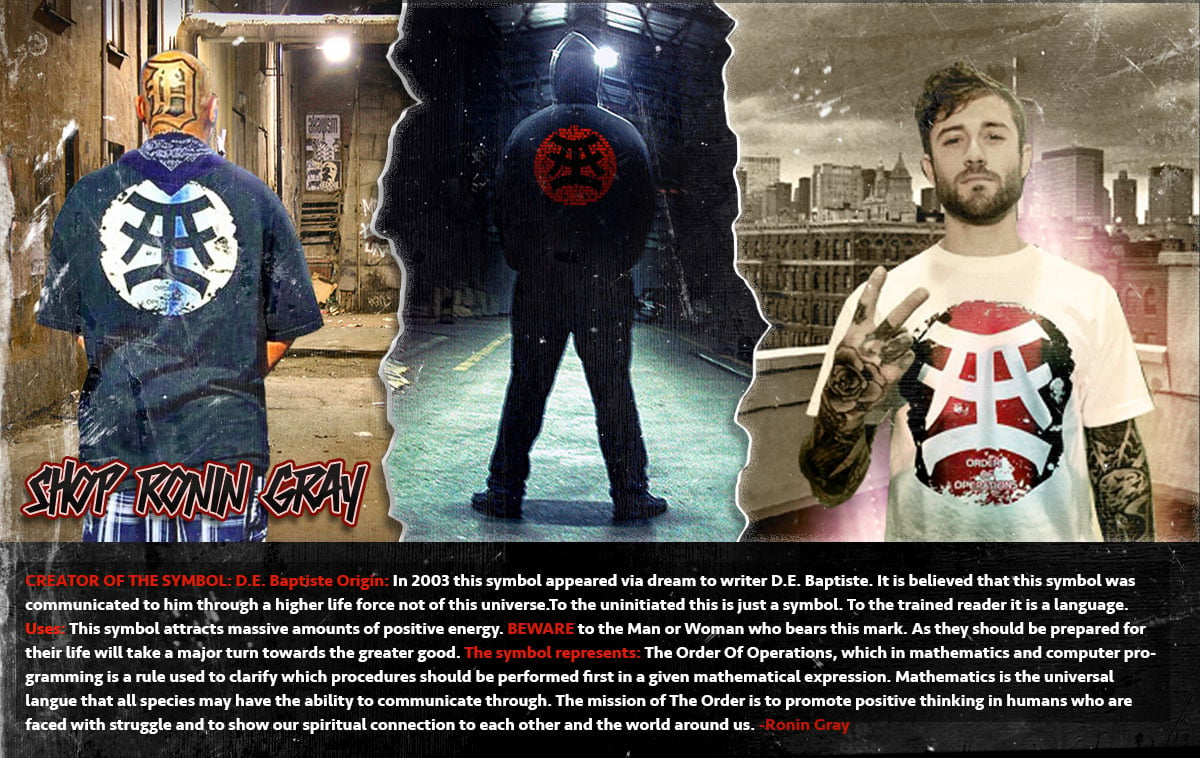 Creator of the symbol: D.E. Baptiste Origin: In 2003 this symbol appeared via dream to writer D.E. Baptiste. It is believed that this symbol was communicated to him through a higher life force not of this universe.To the uninitiated this is just a symbol. To the trained reader it is a language. Uses: This symbol attracts massive amounts of positive energy. BEWARE to the Man or Woman who bears this mark. As they should be prepared for their life will take a major turn towards the greater good. The symbol represents: The Order Of Operations, which in mathematics and computer programming is a rule used to clarify which procedures should be performed first in a given mathematical expression. Mathematics is the universal langue that all species may have the ability to communicate through. The mission of The Order is to promote positive thinking in humans who are faced with struggle and to show our spiritual connection to each other and the world around us. -Ronin Gray